Was invited to speak at, and moderate the FMQB: THINK TANK Symposium, here in downtown Philadelphia. It was massive gathering of record label and radio execs coming together to celebrate the Friday Morning Quarterback 40th anniversary.

They also wanted to update their thinking in regards to Internet opportunities. I was asked some questions about the state of Radio, the Internet, and how my work in local media has evolved through the years:

FMQB: The early part of your career was spent in Radio as an on-air personality. How did you end up segueing into the Web 2.0 world to help local media?

Mel: After 13 years of on-air Radio work, and a great run of doing mid-days at WYSP (following Howard Stern ), I started to really sense that consolidation and the growth of the Internet was going to impede my progress in Radio. The year was 1998, and I knew I had to think more about my future.

So I moved into the direction of what I thought would absolutely grow in demand: companies needing help with understanding and making money with the Internet.

There are many similarities and challenges that all media face today when it comes to Internet strategy. What areas need the most attention?
Your main competition is now online. They’re not just the radio station or Newspaper across the street. These new competitors have no legacy business to protect. They are singularly focused on growing their online share.

Another area that needs attention is the modification of job descriptions and compensation plans to include web. This is the only way to get employees to get serious about the web. Also: hire as many web savvy people as you can get your hands on. You may have to remove anyone who drags their feet or thwarts the efforts of moving forward digitally. It’s something I call “The Enemy Within.”

Is radio really taking advantage of all their revenue opportunities in the Web 2.0 world? Absolutely not. Radio may be growing its web revenue year over year, but they are actually losing share. According to a recent Borrell study, radio gets less than 2% of all local online dollars. Radio needs to do a lot more than their current pace. Overworked PD’s and GSM’s will struggle to truly grow substantial revenue share unless they invest in staffing, training and other web oriented resources.

How can radio better ramp up their efforts when it comes to their web sites?
Simple: borrow/steal ideas from other media sites that are already successful. Run your sites like a business, just as you would a radio station. Hire staff for online content production. Give every salesperson a web budget they must hit…or else.

You work a lot with the television and newspapers industries. Are there similarities in the challenges they face in the Web 2.0 world with radio?
The business models of all traditional media are being incredibly disrupted by the internet. The key difference between newspaper and radio is that print creates a ton of unique content. This is a huge advantage at the local level. Radio will need to really step up in this area.

Newspapers, at this point, are the most advanced because they saw their business being affected by the web as early as ten years ago. They got serious soon thereafter. Now many newspapers are offering audio and video to their text based stories. They are in a very good position to be the leading online destination for local news and information: whether it’s text, photos, online radio/podcasting, or video. TV woke up last year.

Radio is making aggressive moves in this area as well now, and be even more enthusiastic about shifting online in a serious way. The reality is that the broadcast companies have been living large with strong growth in cash flow up until recently. Now they are experiencing negative growth in spot and double digit upside in Web, thus internet is now a top priority for radio.

What’s the most interesting piece of data that you’ve recently seen on technology that we may be surprised to find out?
We are closer to a hi-speed wireless world than you think. This will truly change everything. Every cell phone becomes a radio. Every laptop becomes a live movie and TV screen, etc. Better use of bandwidth, user-friendly hardware and an easy to swallow price point will accelerate this growth. I am also intrigued by some reports that suggest that file sharing sites can actually help grow CD and download sales. I also look with interest at trials being conducted by radio and Microsoft, using their HD digital side channels for some kind of data delivery. Don’t knock those towers down yet!

Who’s someone the industry should look to that is doing multi-media right nowadays?
I really like what Apple is doing with itunes: music, audio books, podcasts, movie rentals, etc. Hulu, the project between Fox and NBC is a huge watershed event. If you told someone just a year ago, that these two competitors would pool their prime time shows together online for free, they would think that you were smoking something.

What are some questions we should be asking ourselves when it comes to navigating and making sure we’re making the most out of a multi-media experience?
What can the radio and music industries do that others can’t?  Are you bringing something fresh and new to the table, or is it just a rehash of what the user can get anywhere else? Are we simply playing a game of catch up, or does it serve us better to look ahead a few years, and act accordingly?

What’s the biggest challenge moving forward in a Web 2.0 world?
Two words: culture change. Not easy to do. But mandatory in order to move forward and thrive.

From the outside looking in what can the radio and music industries do to better serve their consumers when it comes to the worldwide web?
The rules have changed. The new digital environment has upended many a business over the past decade. While there may be some near term pain, there is far more upside for the music and radio industries. It’s vital that they discard any business models that are broken and outdated, and instead, add new web friendly tactics to their core assets that are still relevant and powerful. As Tribune’s Randy Michaels recently said as he spoke to a group of newspaper execs: “It’s easier to walk with the wind at your back, then to walk into it.”

WordPress on a tear. Local TV, Radio and Newspapers are taking notice. Well, at least the smarts ones are. To date, this open-source platform called WordPress has been adopted and endorsed by most CBS Broadcast…

Took some pictures of Clark Gilbert’s keynote presentation slides that he used at the Key Executive conference last week. See below. From DeseretDigital.com: Clark is the president and CEO of the Deseret News Publishing Company… 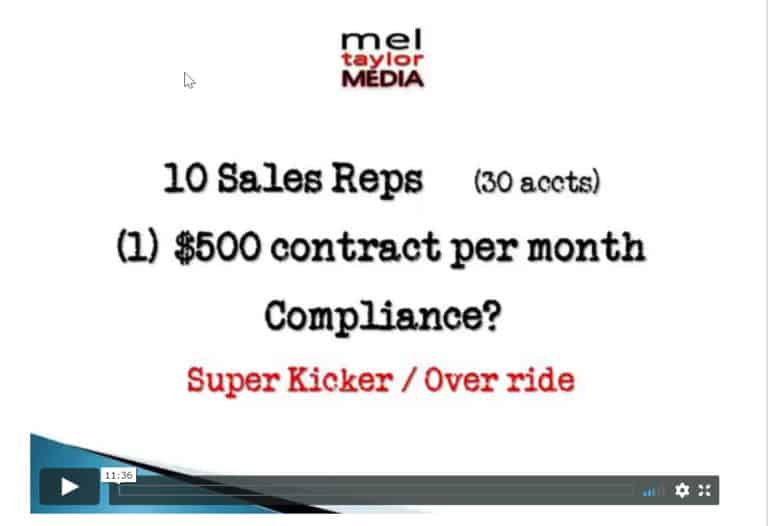 Need a simple plan to increase your web revenue a your local Newspaper, TV or Radio company? It’s alot easier than you think. Did the boss just increase your online budget? In this week’s video…

TV and Radio websites still struggle when it comes to online revenue and sales. We hope these website issues will be tackled at the 2012 RAB Radio Show  in Dallas. Take a look at this…

Before a local advertiser hands over a portion of their marketing budget, they will take a good hard look at your site. They’re not interested in pageviews and CPM’s. All they care about is whether…

Merlin Media; the investment group led by Randy Michaels, swooped in and took advantage of the faltering media company known as Emmis Radio. Randy picked up three sweet properties for a song….WKQX-FM (101.1) and WLUP-FM (97.9) in…