Didn’t get a copy of the new Philly Ad Club Magazine? Here’s my latest article that they published.

Using ‘Local’ to Win on the Web

“The action on the local media battlefield is focusing on the Web.Newspapers are scrambling to make up losses in classified advertising.TV stations are scrambling to cover declines in automotive and political ads. Radio operators are worried about a future in which audioprogramming comes from computer speakers and iPods instead of radios”   (Borrell & Associates. What Local Media Web Sites Earn: 2007 Survey )

As I read the latest report from industry expert; Borrell and Associates, it validates what I have been seeing first hand. The competitive environment for local media has dramatically changed. It’s not a down cycle as some say. Rather, it’s a full blown paradigm shift, where new rules are being written, and old ones being thrown away.

For more than half of my 15 year media career, I’ve been helping local Broadcast, Newspapers and advertisers move online, and build new revenue streams from these efforts. One of the biggest takeaways I’ve learned is how these traditional media platforms have more in common than originally thought. And maybe more importantly, the competition is not just the other TV station across the street, or the competing Newspaper, but rather, it’s the outside of market competitor called Google, and other “pure play” companies. Depending on which research you prefer, GOOGLE, YAHOO, MSN, and AOL take well over 60% of online media dollars out of the local marketplace. Is it because they are better at reaching local consumers? Not necessarily. Maybe it’s that they have been focused on Internet advertising longer than most, and by default, have captured a sizable amount of local dollars.

Still crazy after all these years

We are all familiar with the rock radio wars of WMMR vs. WYSP, the newspaper skirmish between The Inquirer and The Bucks County Courier Times, and WPVI’s Jim Gardner vs. all other Philly TV news anchors. Ahhh, the good old days. But those days my friend, are slowly coming to a close. It borders on insanity how many local media companies still beat each other up over an advertising buy, only focusing on taking share from other local media outlets. It’s like fighting over a bigger slice of a shrinking pie. Everyday we see those celebrating the fact, that they took a few dollars from the other station in town, yet ignored a big chunk of money that was looking for a local online home. Those dollars likely got scooped up by one of the portals. Maybe it’s time for local media to start getting more serious about keeping local online dollars…local. How best to accomplish this? Quite simply, maximize everything ‘local’.

Most would consider going head to head with Yahoo to be suicide. But by focusing on what local media can do best, it has the best chance at getting back into the game of growing online media share. Local media’s greatest strength is not just in the local platforms of broadcast towers and printing presses, but rather in its unique local attributes: local relationships, local database information, local reporters, local sales reps, local video, local content, etc. These are assets that the Googles and Yahoos of the world only wish they had more of. To be sure, I am not anti-Google. I use it everyday. But I do believe that the local advertising community should be aware that taking a passive, wait and see attitude towards the web, will likely marginalize the local advertising business, and allow the pure-play interactive companies to gain an even bigger, more sizable lead in this space. By then, it could be too late.

To win with local online, here are some items for traditional media to consider: 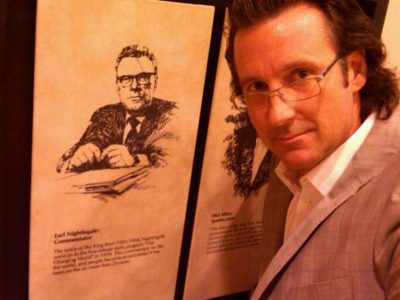 2 thoughts on “Using LOCAL to Win on Web”