Cities where newspapers shut down or downsize too much, see increase in government costs. Why? Lack of scrutiny over local deals, say researchers tracking the decline of local news outlets.

When local newspapers scale back operations, local communities lose out. When the cat is away…. mice will play. Politicos take liberties when no one holds them accountable.

Too many local newspapers have become nothing more than PR machines for those who pay. Elected officials and public employee unions are more apt to reach into the taxpayer cookie jar and help themselves.

One of journalism’s most important functions: act as a watchdog over local government. Most papers fail miserably with that task. Local citizens suffer financial consequences with poor or no investigative journalism.

Warren Buffett, owns the Press of Atlantic City as well as other publications. He doesn’t think most newspapers can be saved. Most newspapers are “toast”, says Buffett.

Buffett reaffirmed his death sentence for the newspaper industry in a recent interview with Yahoo News. Warren Buffett said: after decades of being great businesses, Newspapers have gradually declined in the internet-era and that most newspapers are “toast.”

BH MEDIA sub-contracts work out to Lee Enterprises Inc., who manages its newspapers and digital operations in 30 markets, including Atlantic City.

Ads are considered news to most people. It upsets people in the newsrooms to talk that way. Ads are most important editorial content…from standpoint of the reader.

Newspaper business disrupted by technology and the ad business. Their pivot to political activism did not help. Newspaper websites must be managed by business oriented leader, not a Social Justice Warrior.

Ignorance is not bliss. What the public doesn’t know, winds up hurting them. See: The Hidden Costs of Losing Your City’s Newspaper

Attempt to control the narrative, instead of executing much needed, local watchdog journalism.

One study in particular found that when a local newspaper closes, voters are 1.9 percent more likely to vote for the same party for president and senator, instead of voting across party lines. That may not seem statistically significant, but the researchers noted it can be enough to swing an election one way or another.

Newspaper closures and large-scale layoffs. Nearly 1,800 newspapers closed between 2004 and 2018

Approx 400 online-only local news sites have sprung up to fill the void. ACprimetime, DownbeachBUZZ and BrigantineNOW are 3 such sites. Hyper-local news and marketing powered by WordPress.

Facebook struggled to expand its local-news offerings. Says they couldn’t find enough local stories. We think FB was looking in all the WRONG places.

“Studies show that those lacking access to reliable local news—especially newspapers—are less informed about politics, less civically engaged, and less likely to vote,” Pickard said. “Without local journalists, there is also less accountability and a rise of corruption and mismanagement in local governments.

One politician joked about lack of news coverage, ”Hey that means we can do whatever we want” — because fewer of the newspaper’s resources may go to the watchdog role of covering city government.

Rep. Jeff Bridges, D-Denver, said less reporting is a blow to democracy. “If there’s not a news story about it, then it didn’t happen,” he said. “And that’s both for the great things that we’re doing here at the statehouse and for the terrible things that some folks are doing here at the statehouse. It allows more room for bad actors to get away with things, and we want to make sure we have that sunlight.”

When a town loses its local paper, residents tend to lean more on highly-polarized, purely-partisan national coverage of issues, reducing the number of locals who are willing to vote across party lines. 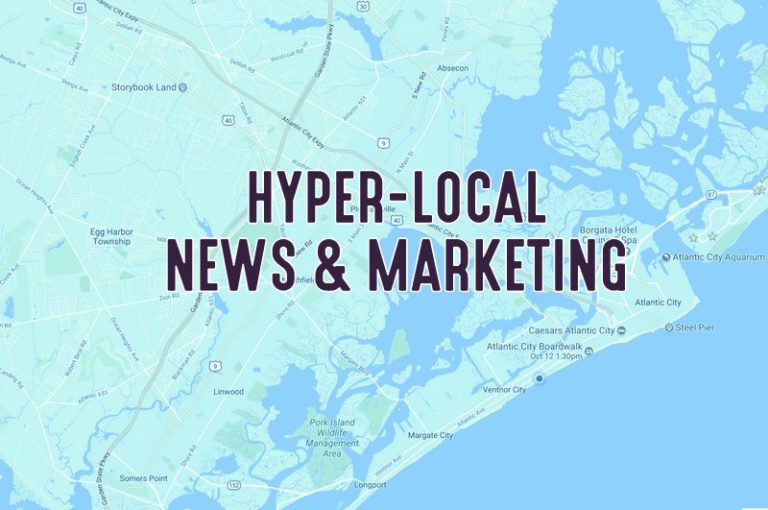 Small business advertising is the life blood of local media. Much of Patch’s current efforts are nothing but a smoke screen. The real M.O; modus operandi of AOL Patch is to build relationships with local advertisers, then offer a portfolio of digital marketing solutions. More than just banners….set those mom & pops up….for a sweet up-sell.

Do local television websites needs a revenue makeover?  We think so. Leveraging the power of TV’s on-air reach and sales force….and combining that with the latest digital platforms….could really boost a broadcaster’s bottom line. It…

The talk format is exploding online. Some of this growth is due the ‘downsizing’ of on air talent. Matt and Huggy were shown the door after 11 years on the air at WYSP, Philadelphia. Instead…

Is nothing sacred? Well it seems like that answer is no. Effective immediately, The Chicago Sun-Times has laid off its entire photography staff. In their place, the Sun-Times will use freelance photographers and reporters to…

Think Newspaper industry leaders know what they’re doing? Do you trust your boss to make the right decision,…affecting YOUR future? Not sure? Oh. That’s right….you can’t ask them now…. your boss is at another innovation…

WCPO Television in Cincinnati erected a pay wall in front of their web content earlier this year. Is it working out as planned? Well, that a closely guarded secret so far. As you may know,…